Bridget Besaw is a New England Emmy-nominated filmmaker and founder of Seedlight Pictures. Before finding her second passion as a director, Bridget enjoyed a career as an award-winning newspaper and magazine photographer, capturing national stories for Smithsonian, Newsweek, Time, Forbes, and National Geographic, among others. As a Nikon Ambassador and Leica sponsored photographer, Bridget created large scale documentary projects for The Nature Conservancy in all corners of the globe.
Bridget is the author of two photography books— Wildness Within, Wildness Without (2008) and From The Land (2012). The creation of these books inspired her to start using her skills as a visual storyteller to rally attention for wilderness preservation and food sustainability. Since that pivot, Bridget has shot, directed, and produced numerous shorts for environmental NGOs on resource depletion and sustainability.
Her first independent film project culminated in the GROWING LOCAL series (2015), and screened to acclaim at festivals nationwide. Her short film SEEDING A DREAM (2015), won several audience choice awards and was a finalist for the DCEFF Eric Moe Sustainability Award. Her two latest shorts, GUIDED and THE NATURE OF MAPS, both toured the 2016-2017 festival circuits winning audience choice awards. Bridget’s feature doc in progress THE MOUNTAIN AND THE MAGIC CITY, was supported by the LEF Foundation and invited to the Points North Institute Fellowship and the PNI/TFI Retreat. Bridget is a board member of the Camden International Film Festival and Points North Institute, and a board advisor to the Chewonki Foundation. 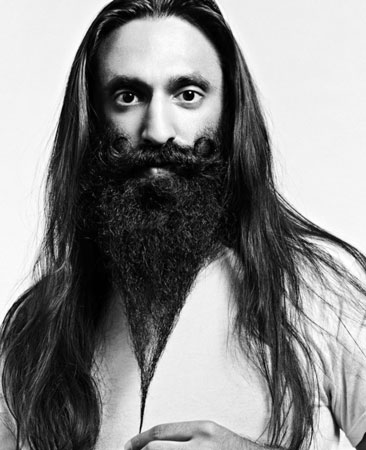 Par Parekh‘s work as a filmmaker has placed him in many roles—director, writer, producer, editor, and cinematographer. Par recently made his narrative directorial debut with the short THE HAPPY, which will premiere at SeriesFest in June 2019. He produced and co-wrote Benh Zeitlin’s GLORY AT SEA, winner of the Wholphin Best Short Film Award at SXSW, and edited Dana O’Keefe’s short narrative THE NEW YORKIST, which was in competition at Tribeca Film Festival. He’s also produced and shot short documentaries for the Haitian Government to present at the World Economic Forum. Par edited a feature-length documentary about Cameron Crowe’s film ALOHA. Before his documentary and narrative work, Par spent a decade creating promotional videos for such musical talents as Beyoncé and Willie Nelson, and fashion clients such as Bergdorf Goodman, Neiman Marcus, and Macy’s. He was named one of Austin Film Festival’s 20 Screenwriters To Watch in 2020, and is represented by Artists First. 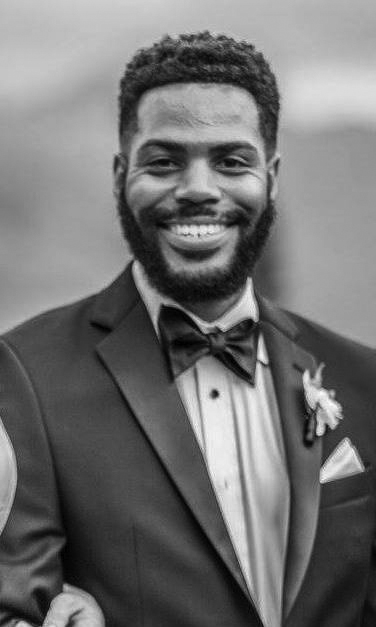 Bernard Parham is an Emmy-winning TV and documentary film producer. His areas of interest are racial justice, sexual identity, and gender expression. His TV credits include Netflix’s Queer Eye, CNN’s United Shades of America, and HBO Max’s Legendary.  Additionally, he has produced several feature-length documentaries: most recently the Netflix Original film Grass is Greener–an exploration of the ways race and criminal justice have distorted the legal and underground cannabis trade. Bernard is thrilled to join the ROOTED team because food justice is central to racial justice, and no liberation movement can truly succeed without resolving the problem of food security. 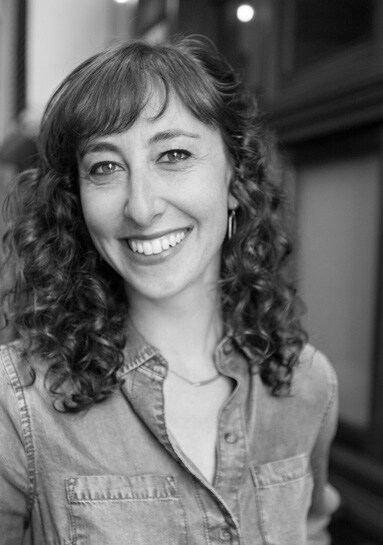 Ali Hart develops scripted and unscripted content for TV, OTT, and film with a unique blend of storytelling, strategy, and humor. Recently, she produced AMERICAN HAZE, a short documentary on immigrants for Sundance Now, as well as a 5-part documentary web series called SPOTLIGHT CALIFORNIA for billionaire environmentalist Tom Steyer. Ali has over a decade of experience using entertainment to influence culture from concept development to field producing to impact producing, including strategizing grassroots campaigns for feature films from Participant Media, PBS, Ford Foundation, Tiffany Shlain, Petra Costa, Rick Rosenthal, and Cullen Hoback, to name a few. Earlier in her career, Ali managed comedians (Amy Schumer) and developed true stories into original movies for Court TV. She has a BA in English and Communication Arts from the University of Wisconsin-Madison and an MBA in Sustainability from Presidio Graduate School. 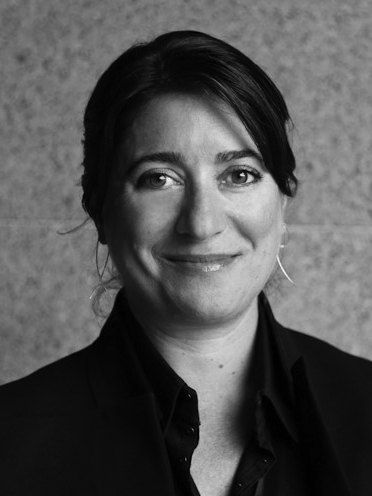 Hope Hall is a documentary filmmaker, cinematographer, and photographer. Her short films have been selected for over 40 film festivals worldwide and have received numerous awards, including at Sundance. She has a BA from UC Berkeley, an MA from Stanford, and is a proud graduate of the Independent Studio Program at the Whitney Museum.  After working on the feature documentary, “BY THE PEOPLE” by Amy Rice and Alicia Sams, which followed then-Senator Obama’s trajectory into candidacy, she joined the ’08 campaign’s now legendary New Media team as a staff filmmaker, telling the story from the campaign trail and making over 40 videos. From May 2011 to January 2017, she was President Obama’s Principal Videographer at the White House in the Office of Digital Strategy. Her work can be seen in various projects including, BEYOND CONVICTION, AND SHE COULD BE NEXT, RACING DREAMS, THE FIGHT, SEMPER FI: ALWAYS FAITHFUL, as well as a multi-channel installation videos featured in the Guggenheim Museum’s Art of the Motorcycle exhibition in Las Vegas. Most recently she was the Senior Advisor for Video & Senior Road Videographer for Elizabeth Warren 2020 presidential campaign. 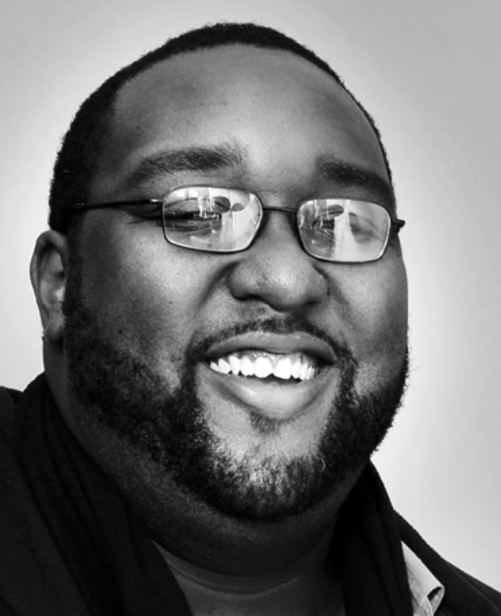 Jason Pollard’s introduction to film began at an early age through his parents, Sam and Glenda. As a result of their influence, Jason studied film at New York University. In 2007, he co-edited PETE SEEGER: THE POWER OF SONG, which premiered at Tribeca Film Festival. He also co-edited SING YOUR SONG, a documentary about the life of singer/activist Harry Belafonte which premiered at the 2011 Sundance Film Festival. In 2012, he edited the PBS documentary SLAVERY BY ANOTHER NAME, which premiered at the 2012 Sundance Film Festival. Jason has received a degree in Bachelors in Fine Arts in Film & Television and a Masters in Cinema Studies, both from NYU’s Tisch School of the Arts. 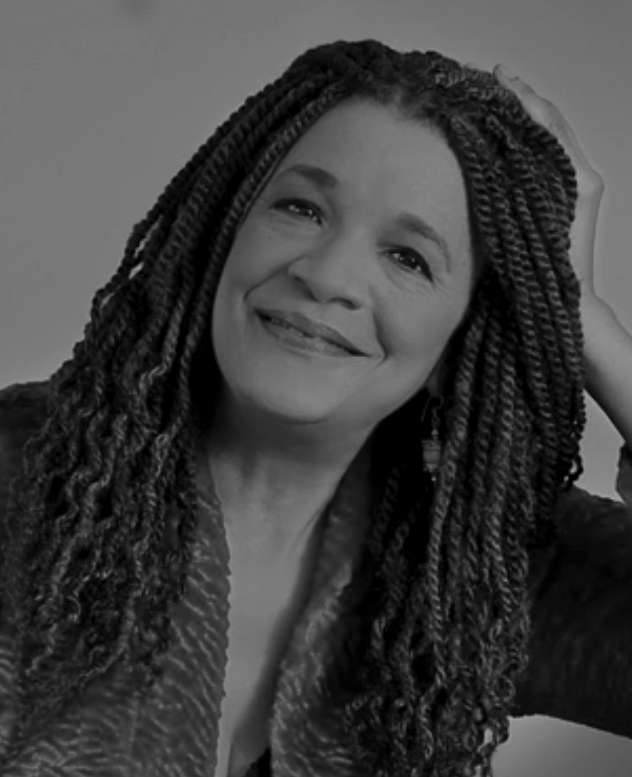 Prolific composer and singer/songwriter Kathryn Bostic is known for her work on film, TV and live theater. She is a recipient of many fellowships and awards including the prestigious Sundance Time Warner  Fellowship, Sundance Fellowship for Feature Film Scoring, Sundance/Skywalker Documentary Film Scoring and the BMI Conducting Fellowship. Kathryn was the Vice President of the Alliance for Women Film Composers from 2017-2019. She is a member of the Academy of Motion Picture Arts & Sciences and Television Academy of Arts and Sciences. Her credits include Sundance premiered RITA MORENA: JUST A GIRL WHO DECIDED TO GO FOR IT (2021), TONI MORRISON: THE PIECES I AM (2019), CLEMENCY (2019), CAMERAPERSON (2016), and DEAR WHITE PEOPLE (2014), MIDDLE OF NOWHERE (2012).